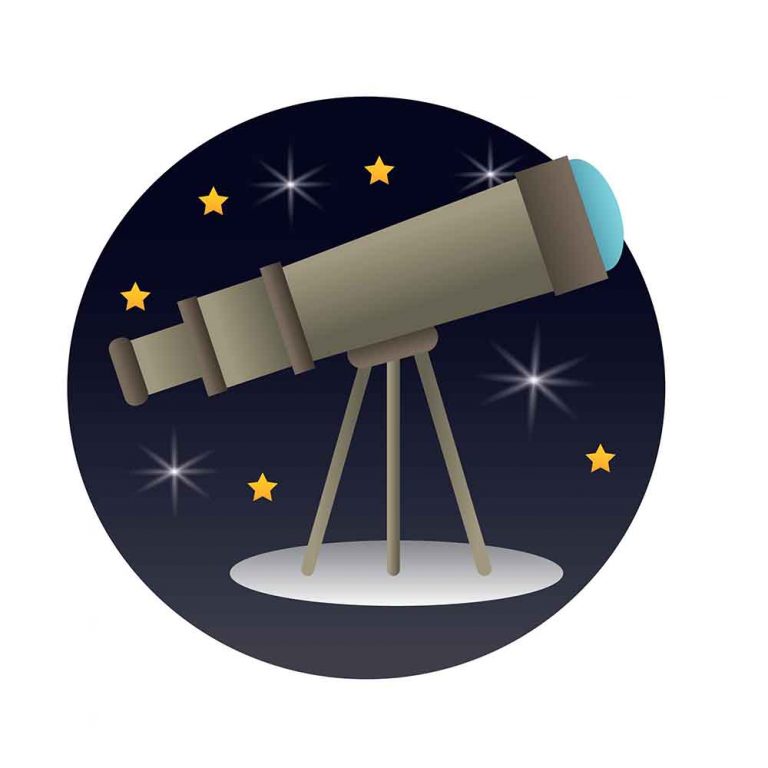 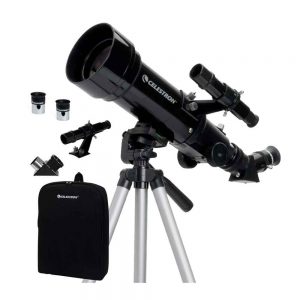 With the traveler in mind Celestron developed the Travel Scope 70mm telescope, wonderfully compact and wonderfully powerful all at a very reasonable price and surprisingly durable, I’ve dropped this baby a few times while rushing outside to get a look at the moon before the weather sored, and its held up exceptionally well, although a number of components are made of plastic, this doesn’t deter from the durability, but actually helps keeps the cost and weight down. The optics compare well with other more bulky and heavier telescopes at the same price range, at a focal length of 400mm, focal ratio at f/5.7 and aperture of 70mm, the Celestron Travel Scope provides a very sharp and clear image of the night sky for a telescope with an aperture of only 70, you would be mistaken to think it wasn’t higher (You have to keep in mind I am factoring in the compact size and intended purpose (raveling scope) of course next to the SE8 or 6 it doesn’t even come close but that’s not the intended use for this scope, for a travel scope the optics are really good ).

I’ve really found that this scope blends in the perfect combination of portability, convenience and optical performance. It is my go to scope for traveling as everything from the tripod to the eyepieces fit comfortably in a small suitcase. The Travel Scope comes with a great backpack case that can fit everything you need to use the scope, from the tripod to all other accessories you may need. The backpack is large and padded keeping the scope safe and undamaged. Weighing at just under 3.5lbs the Travel Scope is ideal for traveling and one of the most portable telescopes on the market.

One improvement that could be made is that the supplied tripod is on the wobbly side when fully extended and you may find yourself ordering a few extra eye pieces as only 10mm is supplied. At 2.75 inch aperture it is on the small side and if you expecting great details of obscure terrestrial objects you may be disappointed, but for a travel scope 2.75icnh is decent size. 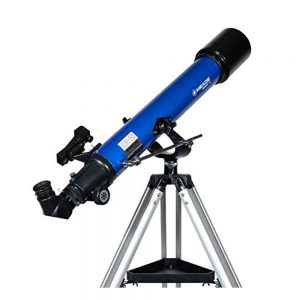 Another scope that’s ideal for both astronomical and terrestrial objects, given the right side up image it produces, with a right side up scope you can also use it for daytime viewing (birds, ocean, safari etc ),  a convenient feature is that this scope doesn’t require any collimate i.e no aligning mirrors it comes ready out of the box, like the others on the list this scope features a 70mm (2.8 inch) aperture and as you would expect it allows for the viewing of the lunar craters, rings of Saturn and the moons of Jupiter, obscure objects will be difficult to see in details, so if you looking for a scope that provides sharp details of the night sky objects you might want to look at the more higher end models. But it does make it another great entry into the starter scopes list especially as a birthday or Christmas gift that won’t break the bank, coming in a surprisingly great price.

I purchased the scope of Amazon it came well packaged, all items were intact, It took less than 10mins to it setup and have it fully ready. The Red Dot viewfinder is set into the Telescope and doesn’t require any adjustments, focusing the telescope on an object a few miles away It took little to no time to get the Red Dot viewfinder perfectly aligned, quite simple and straightforward to use.

The mount of the Infinity is of  the Alt Az mount theme, which means that the telescope can move in two axes – left to right and up and down. This kind of mount usually makes tracing a little bit harder compared to the EQ, where the EQ mounts turn with the rotation of the Earth which are a little easier to use 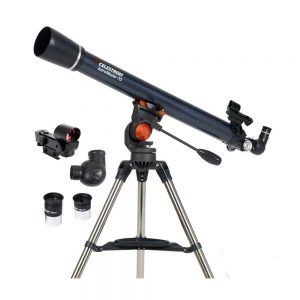 The Celestron Astromaster 70AZ is a lovely starter scope for anyone, its simple design means it’s easy to set up and start using as soon you get it out of the box, no complicated instructions needed. It is a very well made telescopes, that has that premium feel, it comes with two lens pieces that are 20mm & 10mm which for a beginner is more than enough. The red dot star finder is simple to use and works really well, one thing I loved about the 70AZ was how smooth the tracking capabilities were, the tripod was sturdy, and I could follow objects migrate across the sky without any jerkiness or any disorientation, although the tripod is sturdy it does have a tendency to be a little difficult moving up and down.

The optics at 70mm aperture and 900mm focal length not forgetting the multi coated lens  allows you to see the moon superbly along with it’s craters, star clusters & nebulas such as the Pleides & the Orion Nebula show up well. The coating really improves the clarity of images and feedback giving from the scope, the focal length is satisfactory, with 165x magnification is powerful enough to see good details in the night sky.

AstroMaster stands out from the competition because it allows for both terrestrial and celestial viewing as the scope achieves this by providing right side up image optics, which is a rarity  telescopes. As most scopes only offer inverted image optics that work well for viewing the night sky but to view anything on the earth (bird watching) is quite difficult. If you are looking for a telescope to for using both during the day and night the AstroMaster is a great choice as it display the images in an upright position, providing clear images of both land and sky. Personally, this has to be one of the most fun telescopes I’ve had given the excellent price point, this versatile, easy to use to telescope to get going, I feel it is a solid investment. 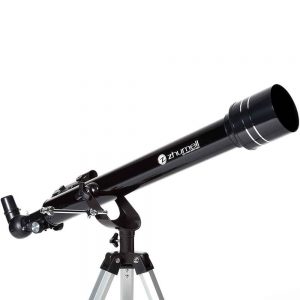 Many form post suggested that they found the package from Zhumell to be superior to that of Orion, which is quite a bold statement to make and that they faced little to no issues with the Zhumell telescope. I was intrigued.

It seems Zhumell pops and then disappears from time to time, as far as I am aware Zhumell is an internet business with no mailing address so the after sales could be a bit tricky but if your buying from Amazon, that won’t be an issue. So when I saw the Zhumell pop up at a very reasonable price and I was in the midst of experimenting with different telescope to find the best telescope at budget level – I had to give the Zhumell a shot!

The Zhumell comes in two options at aperture of 60mm and 76mm, the price differences between the two is about $20 dollars, both feature a focal length of 700mm, 25mm and 10mm eyepieces are supplied. For the purpose of this review I want with the 60mm option as I felt that there was a number of scopes on this list at 70mm aperture, I wanted to test a 60mm to see if the lack of 10mm made a noticeable differences.

Side by side the differences between Zhumell 60mm and the Meade 70mm is quite unnoticeable, that is in clear lit skies, but once there is a hint of light pollution or clouds coming into view, the quality drops of the Zhumell to a noticeable differences. I would be quite intrigued to see how the 76mm version fares given the extra 6mm over the Meade.

The Zhumell is on this list because of the price, its cheap, light and is very easy to set up, entry-level telescopes keep costs down by cutting down on the essential accessories. But with the Zhumell 60AZ, you’ll get everything you need to start your stargazing journey, making it a great scope of kids or as a present. Along with the 60mm optical tube, this kit contains a full-height aluminum tripod with an accessory tray, two Kellner eyepieces (25mm/low power and 10mm/high power), and a 2x Barlow lens that doubles the power of each eyepiece for greater magnification, You’ll also receive a red dot finderscope, an uncommon upgrade at the Zhumell’s price point. This intuitive finderscope projects a red LED dot onto its glass window. Simply look through the window and place the dot on top of the object you wish to view. From there, it will be centered in the eyepiece. For beginners, this is the best tool to get started on navigating the night sky. 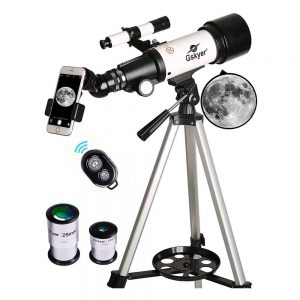 An excellent product from Germany’s Gskyer, perhaps not as well known as the more popular brands such as Celestron, but one that is quickly making a name for itself in the Telescoping world.

The Gskyer Classic is compact powerful telescope with an aperture of 70mm and focal ratio of f/5, coming in at just under 5 pounds, its makes for a good choice for those on the go, as it fits snuggly within the backpack provided and at five pounds its more bearable carrying it over extended periods of time. There are no tools required for set up, it is as easy as pulling it out of the backpack and in a few minutes you’ll be gazing at the stars, the lens are multi-coated providing good optics, the Gskyer also comes with 3 eyepieces 20mm, 12.5 and 4mm. Another bonus for the Gskyer it produces a right side up image which is quite unique in telescopes it also has a neat smartphone holder for taking pictures. It has an adjustable height from 28-63inchs.

The Gskyer is not just great telescope but it’s a great piece of kit that comes with everything from the backpack to eyepieces to get you going in stargazing.